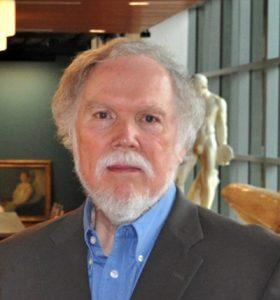 Terry Todd first imagined a library dedicated to the study of exercise and strength during his doctoral work at UT-Austin as he tried to write a dissertation about the history of strength and weight training in America.  Inspired to make it easier for others to follow in his academic path, Todd began collecting physical culture materials in the 1960s. That instinct to save and preserve the books and materials of the past eventually led to the creation of the Stark Center and the founding, in 1990, of “Iron Game History: The Journal of Physical Culture.” Todd was multi-talented and tireless. He authored  8 books and more than 500 articles in both popular and academic journals. He worked for Sports Illustrated, CBS, and many other media outlets, he coached some of the strongest men and women in history, and he promoted the Arnold Strongman Classic—now considered  the most important strongman event in the world. He also made documentary films on the history of strength and was a major force in the popularization of powerlifting and strength training in the twenty-first century.   Without his vision and willingness to take on big tasks the Stark Center would not have existed and the world of strength would not be what it is today.

Now that our Christmas present is safely stored in the Stark Center and I’ve caught what’s left of my breath,...

In 1987, Jan and I acquired from the legendary Sig Klein a number of artifacts which had been in the...