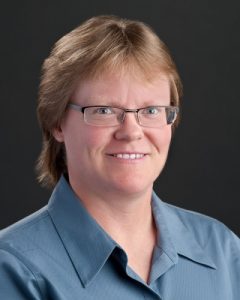 Kim Beckwith, Ph.D. is the Assistant Director for the H.J. Lutcher Stark Center and an Assistant Professor of Instruction in the Kinesiology Department. Kim met Jan and Terry Todd when she enrolled in a weight training class at UT as an undergraduate studying for her degree in Biological Sciences. With their encouragement, she joined the Longhorn Powerlifting Team and became one of the premier drug-free collegiate lifters in the country. She set many American and national collegiate records in two different weight classes, won three national titles, and earned recognition as the strongest collegiate female, pound-for-pound, in the American Drug Free Powerlifting Association for three straight years.

Kim became interested in studying the history of physical culture and exercise while taking classes to earn her M.Ed. in Sports Administration. She began volunteering her time to Iron Game History as the business/subscription manager and offered to help catalog the collection. Exposure and access to so much unique physical culture history piqued her interest and allowed her to obtain her Ph.D. in Sport History in 2006. Her dissertation examined the life and impact of one of the pioneers of American weight training: “Building Strength: Alan Calvert, the Milo Bar-bell Company, and the Modernization of American Weight Training.” Her current research interests include the history of women’s Olympic lifting. She has presented and/or published papers on women such as Ivy Russell, Mabel Rader, Cindy Wyatt Reinhoudt, and Judy Glenney.

In her role as Assistant Director for the Stark Center, Kim assists with the day-to-day administrative duties of the Center, while also serving as the primary point of contact for researchers and students hoping to find materials in our collections related to their topic of choice.

Since 1995, she has served as coach and faculty mentor of the Longhorn Powerlifting Club and has directed the USAPL Longhorn Open Powerlifting Championships each fall. In 2009, Kim began Olympic lifting and has competed as a master’s lifter at both the national and international levels.