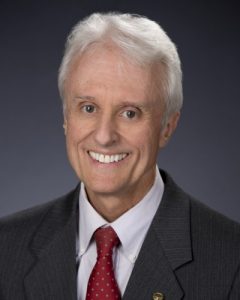 John D. Fair, Ph.D. is an Adjunct Professor in the Department of Kinesiology and Health Education at the University of Texas at Austin. A native of Waynesboro, Pennsylvania, he was educated at Juniata College (B.A., 1965), Wake Forest University (M.A., 1966) and Duke University (Ph.D., 1970). He has also held teaching appointments in Pennsylvania, Virginia, Maine, Alabama, and Georgia. His areas of specialization include British and Irish History, Southern History, and the History of Physical Culture and Sports. Dr. Fair is a retiree from Auburn University at Montgomery (1997) and Georgia College & State University (2012).

As an undergraduate John played intercollegiate tennis for four years and started serious weight training. Since his first meet in 1964, he has competed in 75 sanctioned weightlifting and powerlifting meets. He was also a member of the United States National Weightlifting Committee (1972-76), served as Southeast US Powerlifting Chairman (1973-76), was a judge at the 1973 Mr. America Contest, served as a volunteer in the weightlifting venue at the 1996 Olympics, and has been an official for the strongman competition at the annual Arnold Sports Festival in Ohio since 2002.

His scholarship has been recognized with various honors, including Alumni Professor of History, 1995-98 (AUM); Fellow, Royal Historical Society (London), 1996-Present; Professor Emeritus of History (Auburn University), 1997-Present; and the Excellence in Research and Publication Award, 2004-5, 2006-7, and 2010-11 (Georgia College).

You can read more about John’s involvement with physical culture in Gina Kolata’s book, Ultimate Fitness: The Quest for Truth about Health and Exercise (2003).