Apologies for returning to the same subject as the one used in the previous blog, but our 10-16-09 visitors were so unexpected, so diverse, so prominent, and so interesting that I ask for your forbearance as I briefly (for me, anyway) recount who came, why they came, and what happened.  It all got started when I received a call on Wednesday from Joe Hood, a local doctor I’ve known for over 30 years now.  Joe is a genuinely unusual man with one of the most remarkable memories I’ve ever seen in action.  He was also a very gifted strength athlete and he held the national record in the deadlift for quite a few years with 788 pounds in the 220 pound class of the American Drug-Free Powerlifting Association.  Hood says, and I believe, that he’s lifetime drug-free, and his best-ever lift at that weight was 793 pounds, exactly the same weight as the famous lift attributed for many decades to Germany’s Herman Goerner.  Goerner, like Hood, also weighed 220 pounds and stood 6’1”.  Eerie.  In any case, I was always pleased by the physical symmetry of these two men and by the symmetry of their records—one made in 1920 and the other made 65 years later.  Both men at their best were unusually broad-shouldered and relatively narrow-hipped, both had thighs which were a bit on the short side for their height and arms which were a bit on the long side, both were not particularly thick from front to back, both were drug-free.

For all these reasons, I was somewhat dismayed to learn—thanks to the research of Gherardo Bonini, Mark Kodya, and Joe Roark, which was published in 2006 in Iron Game History, the journal we produce under the auspices of  the Stark Center—that the historical record doesn’t support the claims made by Edgar Mueller and other authorities about Goerner’s 793 pound deadlift.  In the case of Joe Hood’s lift, of course, it was made in public, in a sanctioned powerlifting contest, and on a bar used by many other lifters.

But enough about the good Dr. Hood, other than to say I merely wanted to establish his bona fides as a truly elite lifter.  In so doing, however, I’ve strayed from my chosen path, which was to provide a “brief” account of Friday’s visitors to the Stark Center.  Back now to Hood’s call, which was to tell me that his friend, Oleg Kechko—a former elite weightlifter from Belarus who now lives in Austin and coaches a number of local men and women the kinetic intricacies of “Olympic lifting”—had a friend in town from Belarus who wanted to see what we were doing at the Center.  Turns out that Oleg’s friend was none other than Leonid Taranenko, who in 1988 made a clean and jerk of 266.5 kilos (approximately 586 pounds), which has not been matched in the 21 years since he made it.  Having never met Taranenko, I of course told Joe to have the two men come on Friday and I’d show them around and take them for lunch to the sumptuous buffet at the UT Club, which is part of the football stadium complex.

A happy coincidence was that a day later I got a call from another old pal, Dennis Rogers who, not having seen the Stark Center since it was just a windowless concrete shell, wanted to check out the changes made since that time.  So I explained the forthcoming visit by Hood, Kechko, and Taranenko and asked Dennis to join us and to bring his neighbor, Tim Hallmark, a very well-regarded and successful trainer of elite professional athletes, the most famous of whom is Evander Holyfield, the boxer Hallmark slowly transformed from a somewhat slender light-heavyweight into a full-fledged, full-muscled heavyweight who held the title for quite a few years, losing an ear–but not a fight–to Mike Tyson in the process.  Hallmark has a private gym on his ranch outside of Austin, and has trained a number of the San Antonio Spurs there, including Tim Duncan.

Thus it was that at approximately 12:30, Joe Hood arrived at the Center, and as we waited for the other men to show up my phone rang.  Looking down to the screen on my cell phone, I noticed that the caller was the former national weightlifting and powerlifting champion and current WWE pro wrestler Mark Henry, and when I said hello Mark said, as usual, “Where you at?”  I told him I was standing with our mutual friend, Joe Hood, looking at the Farnese Hercules and waiting for Dennis Rogers, Leonid Taranenko, and a few others to arrive.  “I’ll be there in 20,” he said, and then hung up.  I was completely puzzled by the call, since I’d spoken to Mark the night before, and at that time he was in his condo in New York City with his wife and big-footed son, Jacob, who just turned four.  Anyway, during our conversation the previous night, I mentioned to Mark that Dennis, Taranenko, and the others were coming to the Center the next day and that I was sorry he wasn’t in town to be with us.  (Mark’s schedule calls for him to “rassle” somewhere almost every Saturday night, and so I thought the “I’ll be there in 20” remark and the quick hang-up were just part of another of his little jokes.)

In any case, just as he hung up the contingent from Belarus arrived and I spent the next hour or so taking them around the Stark Center and showing them some of our art, books, magazines, posters, and so on.  Like almost every other athlete I’ve ever met, they particularly enjoyed seeing photos and articles about themselves and their particular branch of the iron game.  As strength athletes, they were fascinated by some of our old stage weights and “challenge” barbells and dumbbells.  For example, they liked the 325-pound, iron-wheeled barbell which was made for Mark Henry when he was training to lift a replica of “Apollon’s Wheels”–the 366-pound, thick-handled, non-revolving beast that was one of the challenges used in the first Arnold Strongman Classic, which Mark won.  The visitors also saw the “Mistake Bell,” a massive 300-pound, as-yet-un-lifted dumbbell that I’ll discuss in more detail in a future blog.

We then walked through the innards of the stadium to the UT Club, loaded our plates at the buffet, and were well into our meal when down the long, by-then-mostly-empty dining room lumbered a broad and broadly-smiling Mark Henry.  He hadn’t made it “in 20,” as promised, but he hadn’t been kidding when he said he’d “be there.”  As he got closer to the table, everyone stood up to shake his hand, and after he shook with Dennis Rogers, Tim Hallmark, and Joe Hood, he turned to Taranenko and—in a moment I found strangely touching—he placed his massive hands palms down in front of his chest and bowed several times to the obviously pleased Taranenko.  Leonid is approximately 15 years older than Mark and the two men had never met, but they were very aware of one another’s story.  Because of reasons known to both men, Mark’s bowing was an especially generous gesture.  It revealed his understanding that the two men had come up in very different cultures, had taken advantage of the favors and opportunities conferred on them by nature and political circumstance, and had gone down different roads as they lived their lives and set their records.  We are each, in large part, the cumulative result of our decisions, and although it may not always be easy it’s probably wise to acknowledge that the best we can do–if we’re honest with ourselves—is to know why we made certain key decisions.  We cannot know why others made their own decisions nor can we have certain knowledge as to what we’d have done, to borrow a well-worn metaphor, in their moccasins. 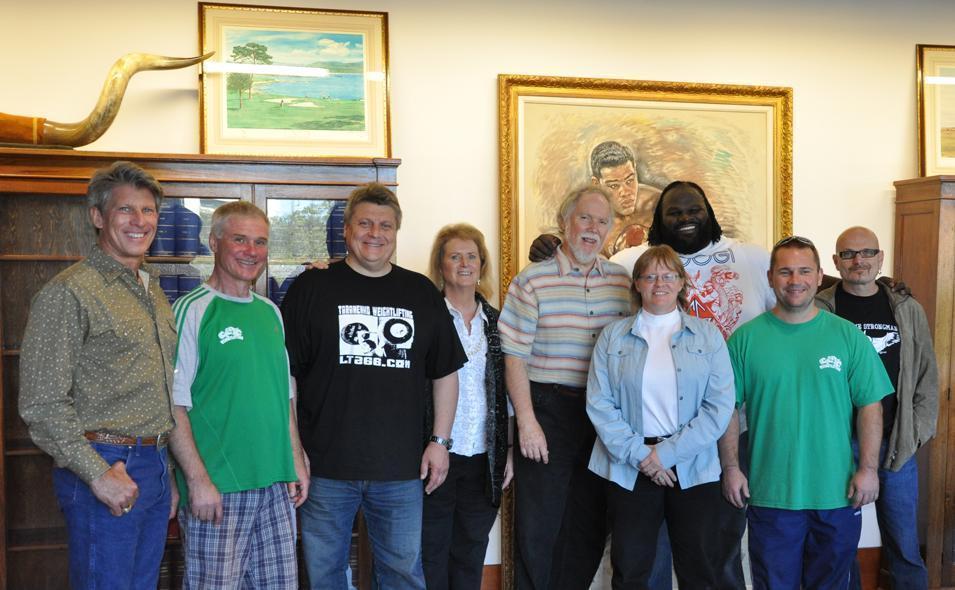 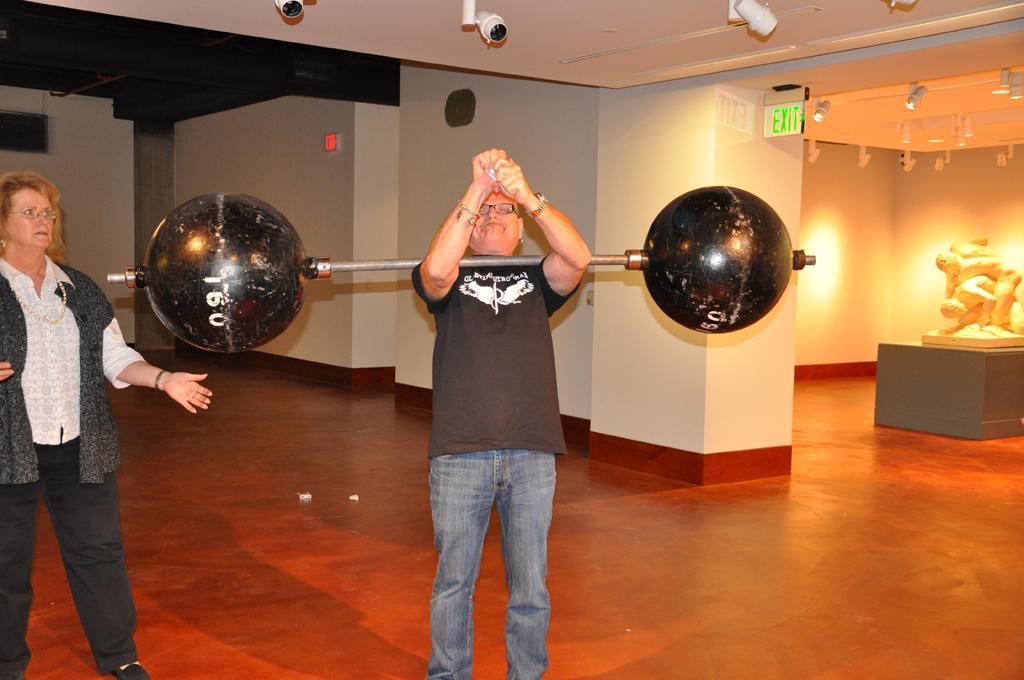